Tokyo Disney is getting a fantasy-themed upgrade

HomeIdeas Attractions Tokyo Disney is getting a fantasy-themed upgrade
Attractions

Tokyo Disney is getting a fantasy-themed upgrade

Disney has just released three videos showing fans what they can expect when Fantasy Springs opens at Tokyo DisneySea in 2023.

Fantasy Springs will be Tokyo DisneySea’s largest-ever themed land since the opening of the park.

It will have three distinct areas each dedicated to a different Walt Disney Animation Studios film: Frozen, Tangled and Peter Pan.

Disney has cited the Fantasy Springs project as inspiration for renovations at Disneyland California.

Once inside guests head into the world of Tangled, which is dominated by Rapunzel’s tower. Disney fans have calculated the tower to be at least 20m tall based on the scaled models. It will feature winding vines, a purple cone top and wooden windows.

From the models and concept art we can also see The Snugly Duckling quick-service restaurant.

From Tangled, Tokyo DisneySea guests will then enter the Frozen kingdom of Arendelle.

Arendelle Castle will contain a restaurant. Guests can walk through the harbour city and up to Elsa’s north mountain. This is where the Frozen boat ride attraction is going to be located.

The ride is expected to be similar to Frozen Ever After in Walt Disney World. Guests should expect an elaborately themed queue for the ride.

Fantasy Spring’s third themed world will be based on the movie Peter Pan. It will contain a life-sized replica of Captain Hook’s ship The Jolly Roger. Expect to find a giant skull rock dividing the Lost Boys hideout and Pixie Hollow.

From the Disney concept art videos, we can see that Fantasy Springs Neverland will have a “Tinkerbell Flat ride”.

In the much-anticipated Peter Pan Tokyo Disney attraction, guests will board boats and follow the Lost Boys down a river. At some point, Tinkerbell will sprinkle the boats with pixie dust, potentially making them fly.

We’re told the motion simulated ride will be similar to Flight of Passage at Animal Kingdom and guests will attempt to rescue Wendy’s younger brother John.

This land will also have the Never Peak mountain range – a feature never seen in any Disney park before.

Tokyo DisneySea is one of two theme parks at Tokyo Disney Resort. The Oriental Land Company owns the park and licenses Disney characters from the Walt Disney Company.

The shows and attractions mix it up with both Japanese and English.

To get to Tokyo Disney Australians can fly direct to either Tokyo Narita or Tokyo Haneda Airports.

Located in the heart of Port Macquarie
i
Japan
Prev
Next 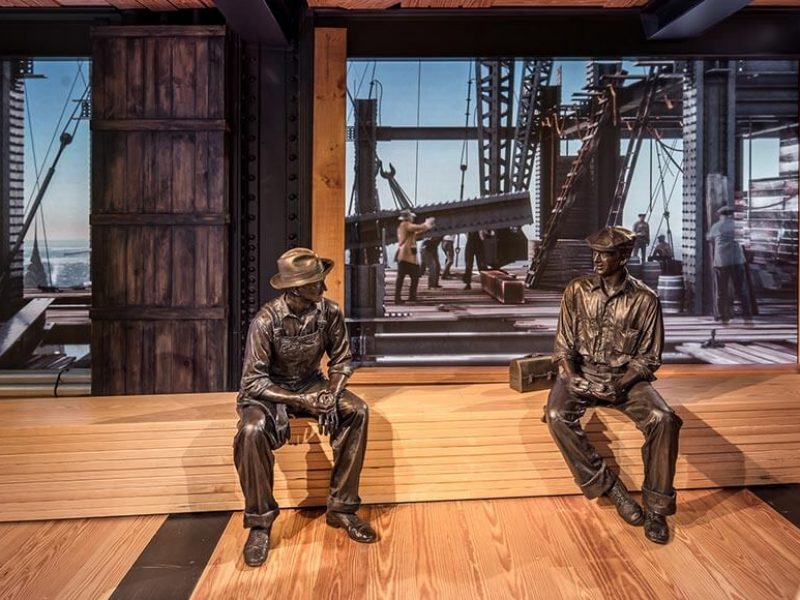 The lines to get to the top of the Empire State Building are legendary, but now families can...