Unsure where to holiday in New South Wales? These 13 locations offer something fun for the whole family. From native wildlife, silica-white sand beaches, beautiful national parks and more.

This tiny island is paradise for families. It is easy to get around by bike. This is because the island is only 11 kilometres long and 2 kilometres wide and there are few cars.

The pristine lagoon of the Lord Howe Island Marine Park is home to the world’s southernmost coral reef, Elizabeth Reef. Snorkelling and swimming will usually reveal beautiful coral and a turtle or two.

There are many family-friendly walks on the island. The walk to Little Island is a beauty, as is the one to Kim’s Lookout. But its experts only for the climb to Mt Gower.

Jump off Lord Howe Island Jetty, swim at Ned’s Beach, play golf, soak in the Herring Pools. Then admire the curious woodhens who were brought back from the brink of extinction. Family time here is extra special, and it might be a cliché, but you will not want to leave.

Not only is Lord Howe home to an astounding 500 species of fish and 90 coral species, the island is Australia’s premier bird watching destination, with 130 permanent and migratory bird species, and 14 species of seabirds, including one of the world’s rarest birds, the Providence petrel, who breed on the island.

Read: Lord Howe Island is an adventure playground and history lesson in one

Griffith offers a rich blend of cultures and traditions. Located in NSW’s lush Riverina district it is one of Australia’s most vibrant rural centres. Surrounded by lovely lakes, wildflower-filled national parks, farm and heritage trails, museums and more.

Known as Australia’s ‘Fruit Bowl’, the agricultural region was designed in the early 20th century as part of the Murrumbidgee Irrigation Scheme. European migrants settled in the region after World War I and II. Today more than 60 per cent of the local residents have Italian heritage. The tree-lined main street bursts with boutiques, cafes and bars that showcase local artisans, world-class wines and kid-friendly Italian cuisine. 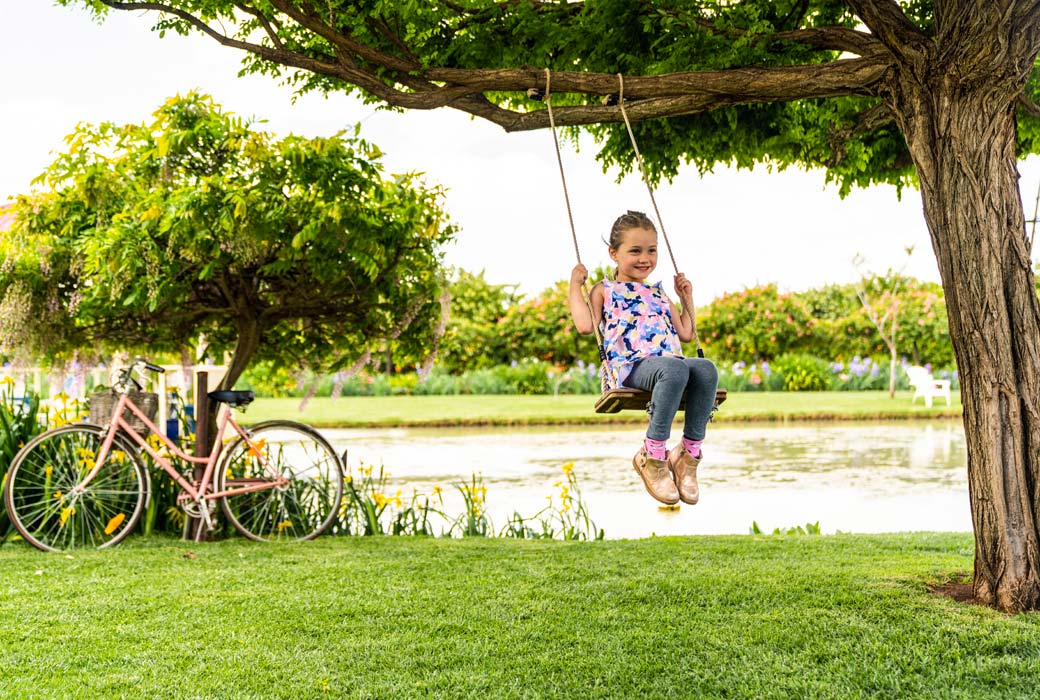 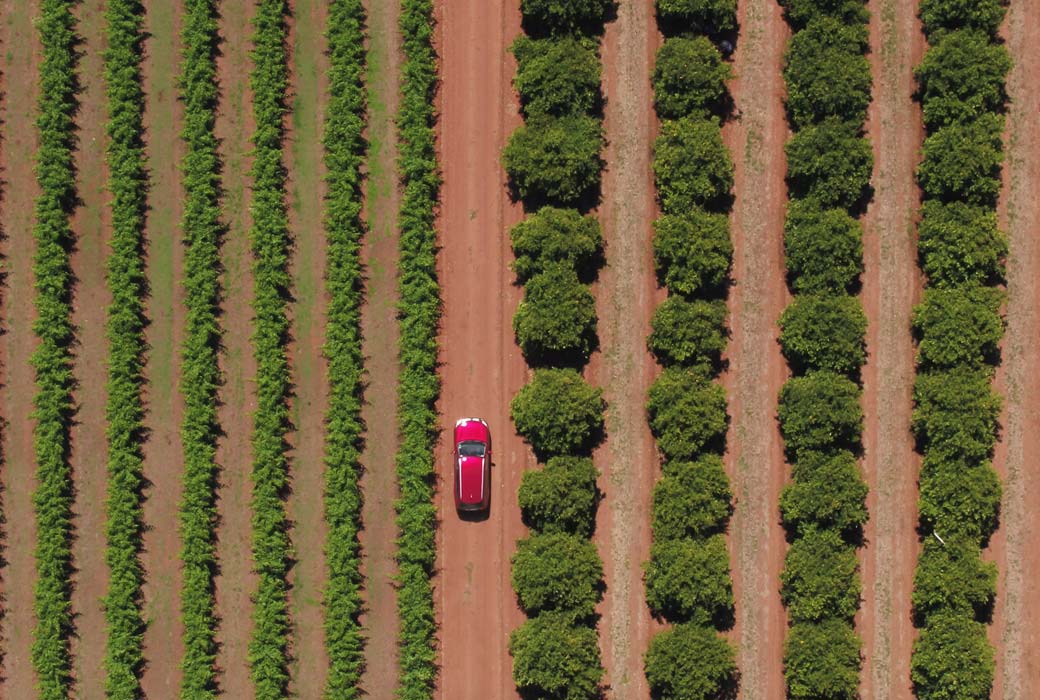 With its white-as-white-can-be sand beaches, farm stays and wildlife-packed national parks and waters, the Shoalhaven is one of Australia most popular patches.  It stretches from the quaint country towns of Kangaroo Valley and Berry through buzzy Nowra to Jervis Bay, Mollymook and Ulladulla.

Devastating bushfires saw this family favourite holiday spot lose its much-needed tourist traffic, but Shoalhaven is welcoming visitors back. Accommodation is plentiful in the region and Holiday Haven have 12 unique properties spanning the Shoalhaven’s best beachfront, lakefront or riverfront locations.

Read: Your ultimate guide to holidaying in Shoalhaven with kids

With its World Heritage-listed national parks, tree-lined historic hinterland villages, uncrowded beaches and the Solitary Islands Marine Park’s abundant wildlife, including migrating whales, birds and fish-filled coral reefs, Coffs Coast has it covered for outdoorsy families. There’s also a banana! An icon of Aussie family holidays for years, the Big Banana is now the gateway to an ice rink, water park, toboggan run and, well, bananas! Be sure to grab a frozen chocolate one for the road.

Eurobodalla stretches from Narooma to Batemans Bay in the southern NSW coast. It is renowned for its dazzling blue tapestry of ocean, rivers, lakes and estuaries. Great surf beaches can be found at Narooma, Dalmeny and Kianga. There are also plenty of calm spots for those with small children. Protected Tomakin Cove is popular with younger families. Billy’s Beach is great for little explorers with its rock pools and caves.

If wildlife is your thing check out Mystery Bay. located on the edge of Eurobodalla National Park, it’s a great spot to watch migrating whales. Adventurous kids might prefer to delve into underwater adventures along the Batemans Bay snorkelling trail. Or enjoy an extraordinary wildlife experience swimming with seals at Montague Island. For those who prefer their adventures above the water, more animal encounters can be found at Mogo Zoo, home to an incredible collection of endangered and exotic species. There is more to Eurobodalla than sparkling blue waters and wildlife, so add this to your holiday in New South Wales bucket list to discover the rest.

Explore the beach atop a camel with Port Macquarie Camel Safaris. Or get up close (though not too close) with rare and roar-some animals Billabong Zoo.  Including five-metre monster croc, Shrek. The whole family will enjoy the Walk, Talk and Feed tour at Port Macquarie’s Koala Hospital.

Read: 20 family-friendly things to do in Port Macquarie

Along with an otherworldly landscape moulded by wind and rain and remarkable archaeological finds like Mungo Man – who, at a spritely 42,000 years old, is Australia’s oldest known human skeleton – visiting families can learn about the local Indigenous people and how they used ancient science that’s relevant today to stay connected to country and survive extreme climate change.

Read: Must-sees on a road trip through Outback NSW

Stunning scenery and starry skies, captivating history and a cast of colourful characters make the frontier mining town of Broken Hill – the gateway to Outback NSW – a show-stopping destination. An intriguing real-life ghost town, Silverton, along with some of NSW’s most remarkable national parks, including Mutawintji National Park, Kinchega National Park and the Living Desert State Park – the site of the Sculpture Symposium – provide the perfect support act.

Nestled on the banks of the pretty Hunter River, Maitland is an enticing city with a rich history, creative arts community and bucketloads of fun for families. All just two hours from Sydney or 40 minutes from Newcastle.

Read: Family-friendly things to do in Maitland 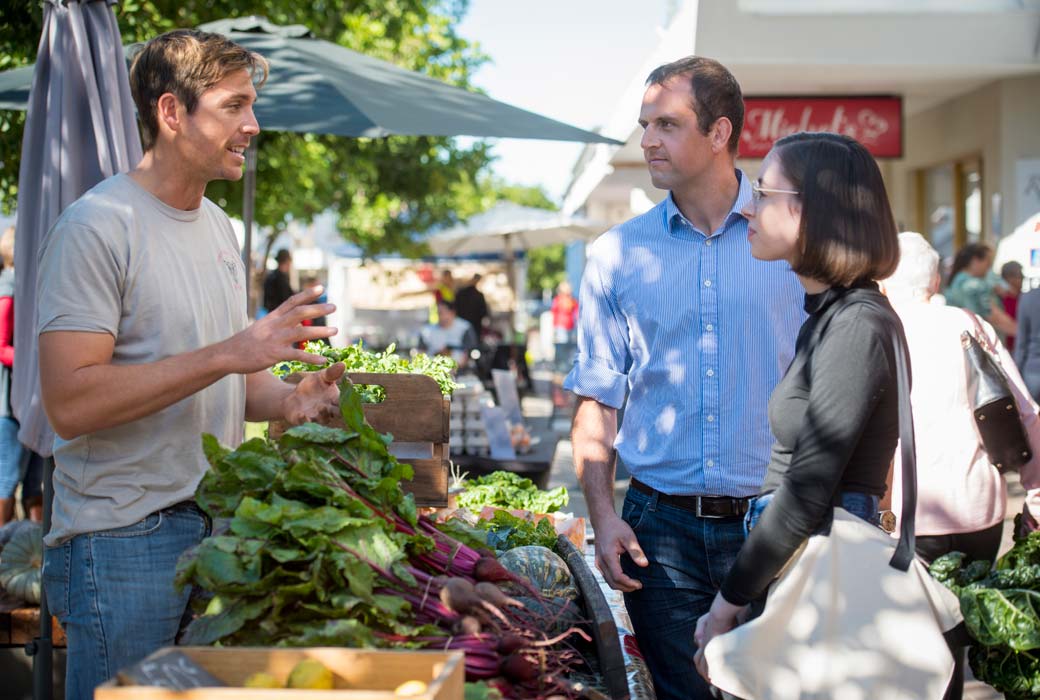 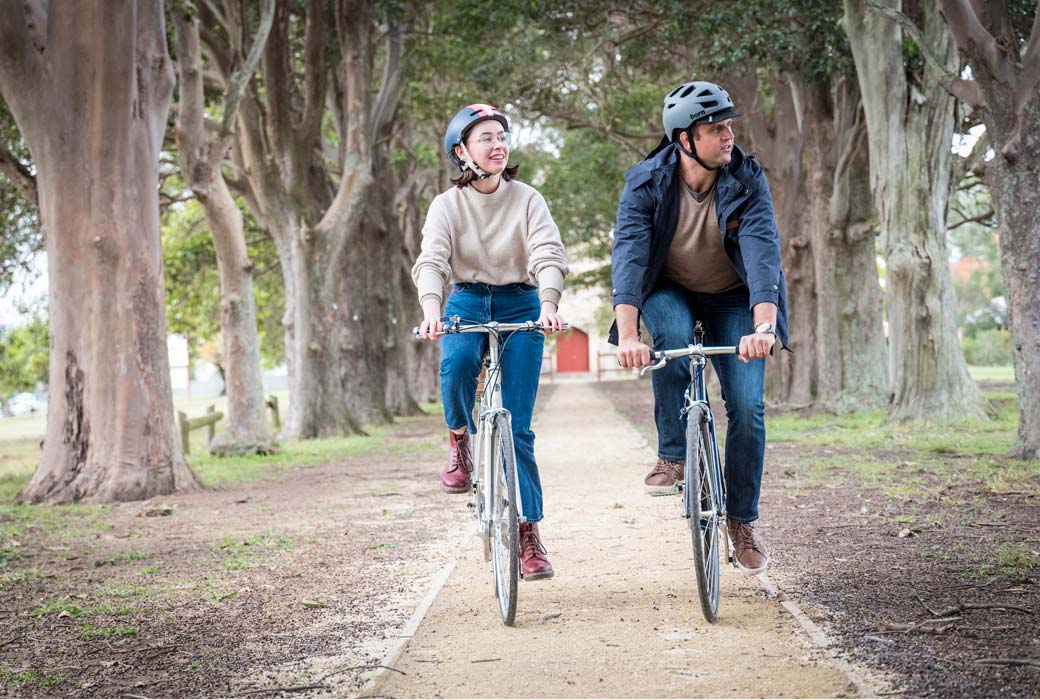 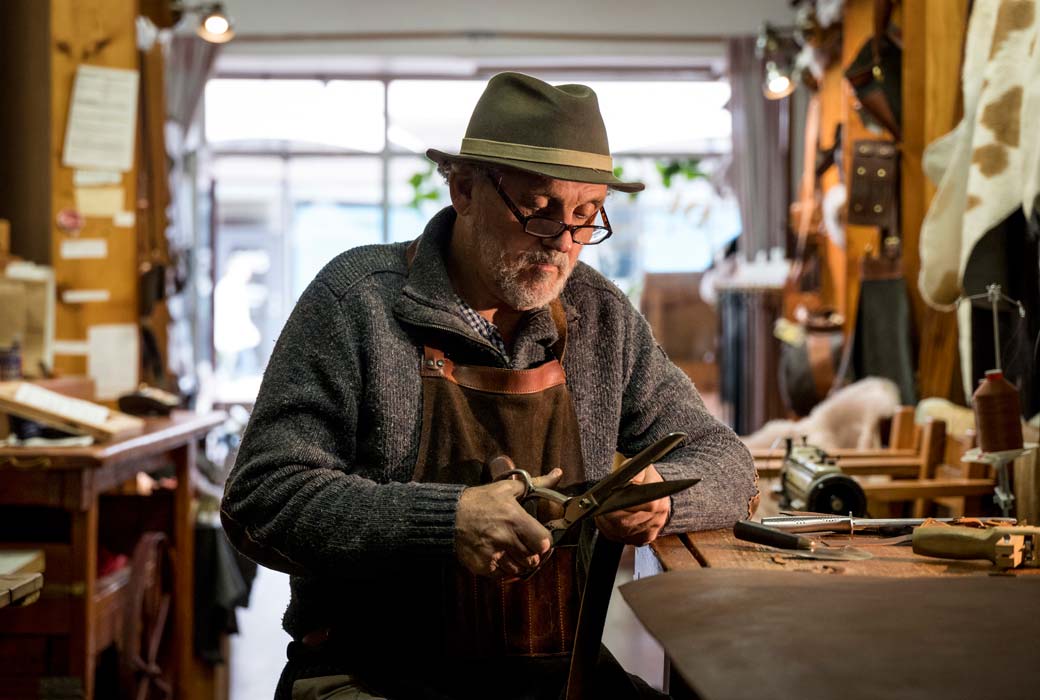 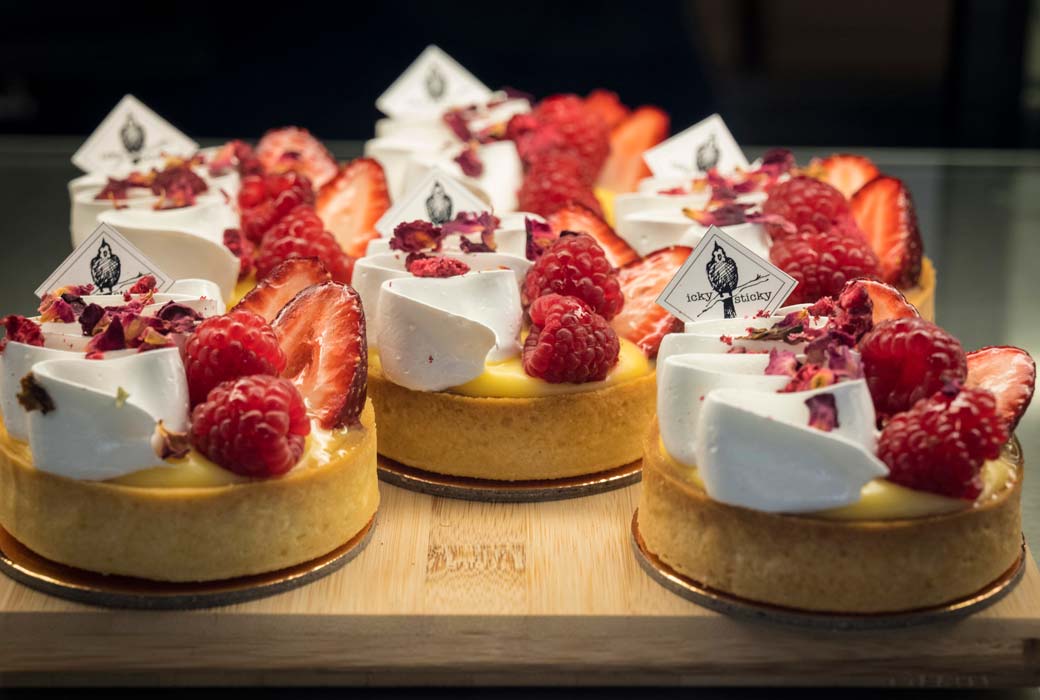 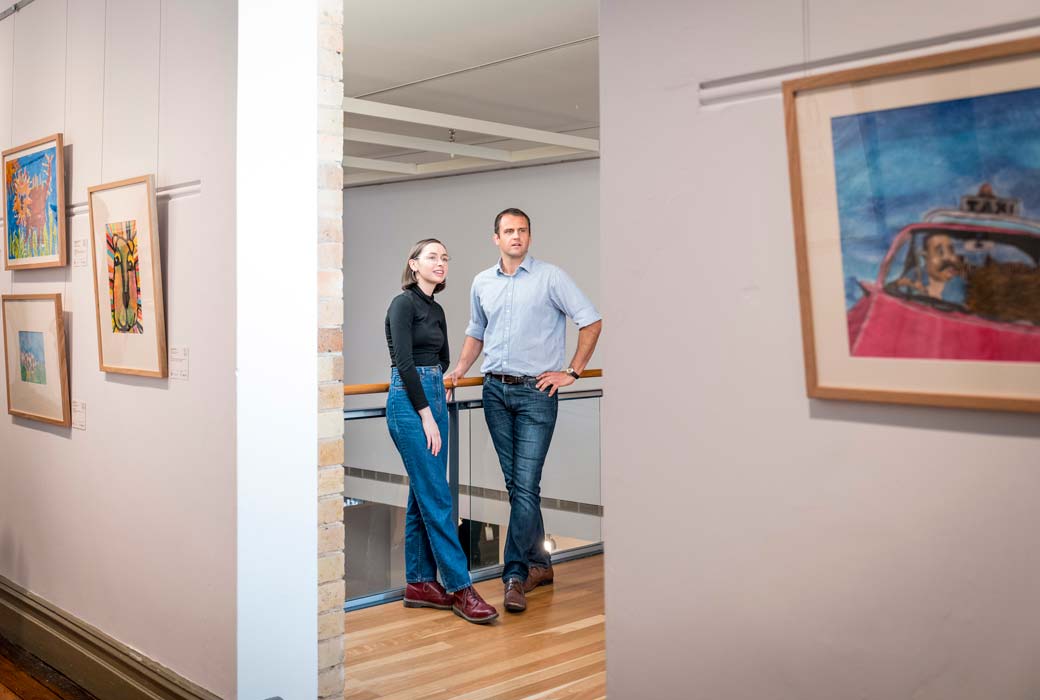 It may be best known for the shock and awe of its big blowhole and spectacular coastline, but there’s so much more to discover with kids in the cool, creative and breathtakingly beautiful Kiama region, read more here.

Once you have conquered the misty, winding roads of the Blue Mountains, keep driving and you will find yourself surrounded by the Central West’s lush vineyards, grassy paddocks filled with frolicking lambs and plenty of country charm.

Thredbo Resort is a refreshing alternative for summer adventures. With its prime position in the heart of Kosciuszko National Park, once the snow melts you’ll find epic hiking trails and scenic walks to suit all levels, plus gravity-defying biking trails, fly fishing and Australia’s highest golf course. And back in the village, there’s the fantastic Thredbo Leisure Centre with its Olympic-sized pool, water slides and huge pool inflatables.

Read: A guide to Thredbo in summer

13. Go from beach to bush on the Central Coast

Just an hour from Sydney and Newcastle, the Central Coast is bursting at the seams with fun for families. From the patrolled beach, sea baths and coastal boardwalk of The Entrance and sensational surf and swimming spots at Toowoon Bay and Copacabana to Terrigal’s four stunning kilometres of patrolled beach and pretty lagoon, there’s plenty of sun, sea and sand to be found on the Central Coast. Trade beach for bush at Bateau Bay’s Wyrrabalong, where easy walking trails lead to stunning lookouts, or take to the trees at Ourimbah’s TreeTops Adventure Park. To meet and greet critters from koalas and kangaroos to birds, snakes and lizards, head to the Australian Reptile Park for keeper talks, demonstrations and hands-on encounters.

Read: 13 family-friendly things to do on the Central Coast of NSW

On the waterfront at Lemon Tree Passage in Port Stephens.
i

A fun and memorable holiday destination right on the beach.
i

Enjoy fully pet-friendly family accommodation, designed to suit every holiday budget and suitable for couples to large groups.
i

One of the best Holiday Parks Albury, NSW has to offer for fun, family holidays.
i 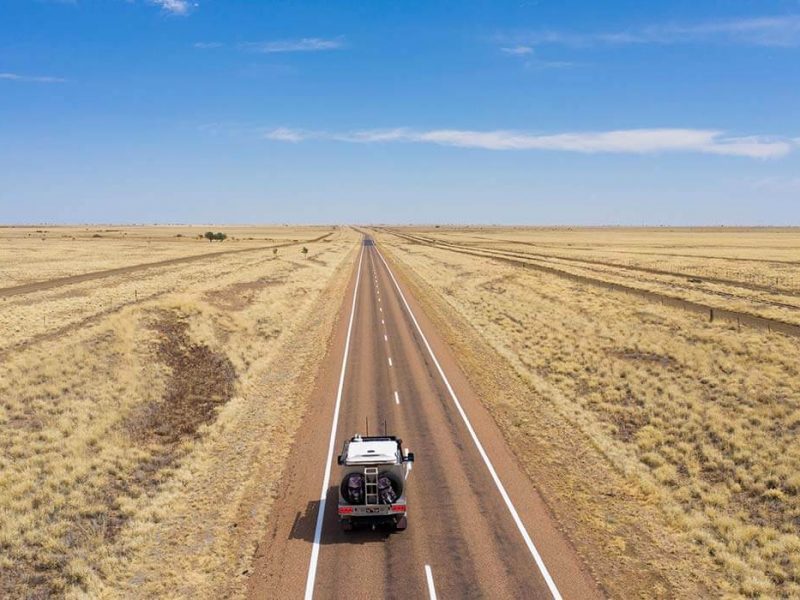 These are the best free campsites around Australia

Tabby Wilson checks out all the best free campsites that Australia has on offer. (more…) 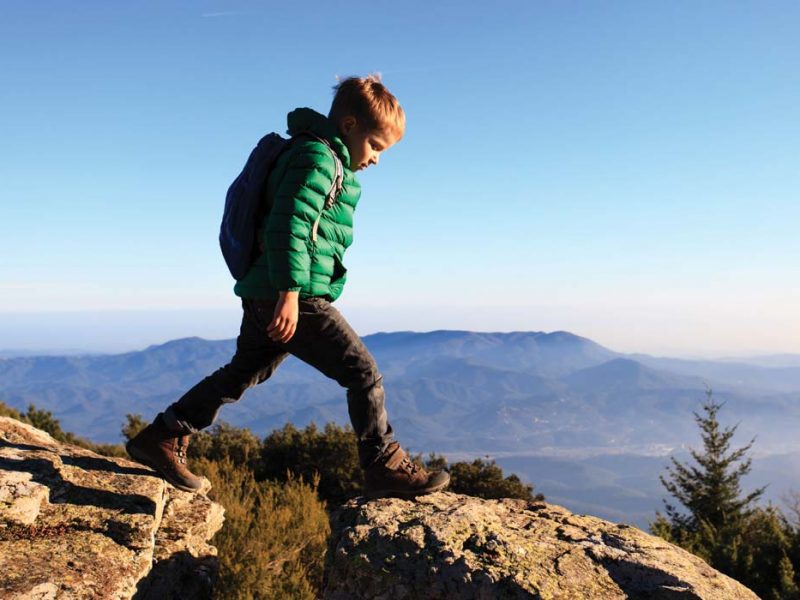 Blog, Things to do

Help instill a love of the great outdoors in your littlies with these fun-sized hikes, writes...